Amy Bogard, Vanessa Sorensen and I all went to Krohn Conservatory Friday May 16th to check out the butterfly exhibit and sketch. Check out there sketches at their blogs (their names are linjked.

It was a rainy day out so sketching in the rainforest was just perfect! There are a bunch of caged tropical birds in that area too so we could not resist drawing them.

I have a backlog of sketches to post. More soon!


Posted by Christina Wald at 10:18 AM No comments:

I have a bit of a backlog so I am trying to catch up here.

I met Pat Ann and Larry MacDougal in Toronto to sketch and go to TCAF. I had wanted to see this comic convention for a while and it had been a long time since I had been in the area (2011).

We met Friday to check out  Oakville. It is a beautiful town that is starting to become very affluent. There is a ton of new construction there. It is also home to Sheridan College, where they both met and went to school.

We sketched at the marina until we were rained on, but it was so cold that it was good to go inside for coffee. 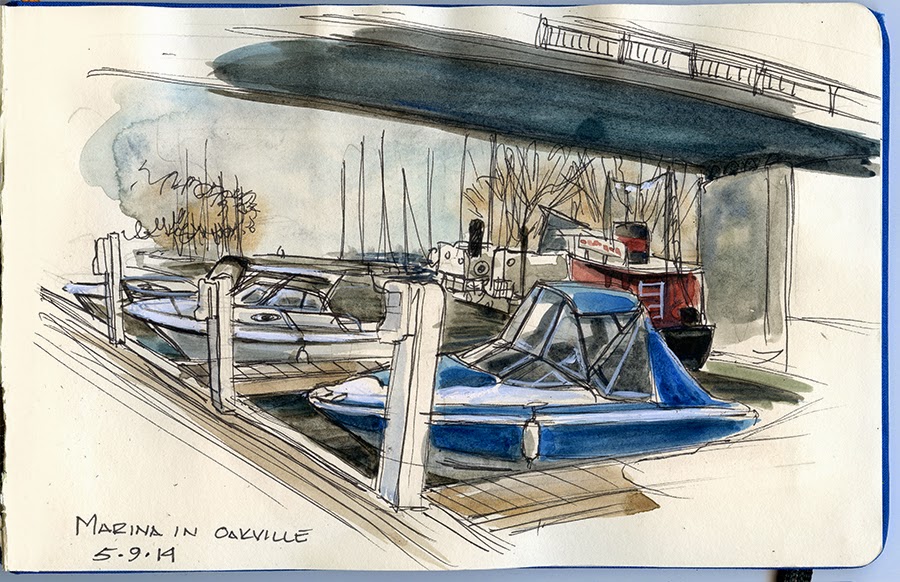 On Saturday, went to the comic show. My mom traveled with me to spend the day with my Godmother who was her best friend during her college days at Case Western Reserve in the early 60s.

It was amazing and PACKED. It was probably the youngest crowd I have ever seen at a comic convention. We talked about a table at TCAF but I need to do a LOT more comics before that happens...

After the show, we sketched for a while at the Royal Ontario Museum. 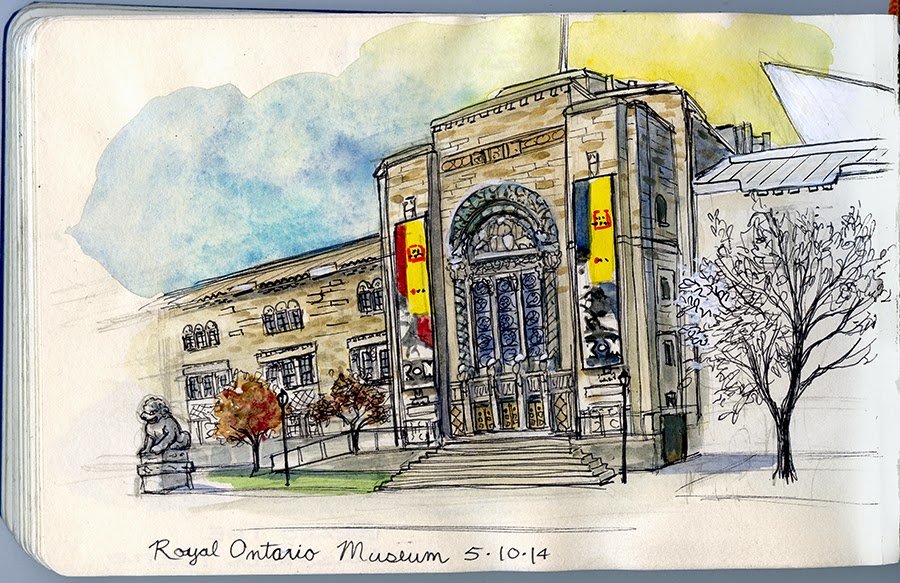 I love the Chinese lions! 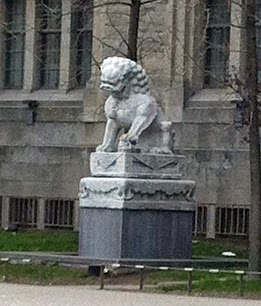 Posted by Christina Wald at 3:45 PM No comments:

More and More Sketching Around Town

I have been getting out and enjoying the warmweather when possible.
Info about the house: http://en.wikipedia.org/wiki/Mushroom_House_%28Cincinnati%29Vine video: https://vine.co/v/MndFLuZxui1

Vanessa and I sketched this building from the cafe after a bike ride at Lunken airport. It was a beautiful day to get out.
Vine video: https://vine.co/v/MvhwFrE1lJL

In Westwood of the First Presbyterian Church while waiting for a friend... The man at the garage across the street said many people come there to draw, paint and take pictures.

Here is a vine on location: https://vine.co/v/MnZOVbz6xZL

Posted by Christina Wald at 5:38 PM No comments: