We went to visit our good friends in Springfield, MO mid-June. Did a bit of sketching and went to an amazing wildlife preserve where you feed animals for your car and get drooled on by them.

My friend Ioana plans to take a sabbatical in Romania next year. I hope to visit her there for a couple weeks to sketch. We have not seen the country since 1998 when we were in their wedding. I am sure Bucharest has really changed.

The Next Big Thing Is… Fort on Fourth on the 4th

I’ve been tagged by Shennen Bersani (an AMAZING illustrator, check out her work) on this blog tour.
It originated in Australia and has gone viral in a good way rather than a 28 Days Later/Contagion way.


What is the working title of your new book?

The Fort on Fourth Street written by Lois Spangler 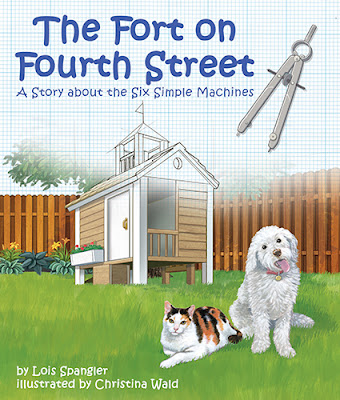 What is the one sentence synopsis of your book?

A child builds a cool playhouse with Grandpa using the 6 simple machines along the way (and a LOT of pet help).

What genre does your book fall under?

It is a picture book for 4-8 year-olds aspiring to be architects and engineers.

Where did the idea come from for the book?

Since I illustrated the book, I will talk about how I conceptualized the art after reading the manuscript.

It was a fun project to take on. My background is industrial design so it is always exciting to take on something that involves 3D skills. I also love drawing architecture.

I looked at many books on playhouses, forts, outdoor playsets, etc. to come up with a design that would work with the picture book narrative.

I then did a simple orthographic my building (which is a turnaround an object or building from all sides in a 2-D format).

My husband Troy is an engineer who designs toys (Fun fact: He used to be on the Batman team at Hasbro.) so he made me a 3-D model of my design for me.


It was decided early on to keep the POV the reader of the book until the very end.

UPDATE FROM THE AUTHOR, LOIS SPANGLER:


"The Fort on Fourth Street was inspired by my teaching experiences and the memory my love of science as a child. As a child, I would create fun science experiments that I would do at home with neighborhood friends. As a science teacher, the memory of those wonderful experiences guided me in creating engaging lessons. The Fort on Fourth Street is an outgrowth of problem-based inquiry science lessons and student generated research lessons that I created and taught to my elementary science students. I found that these teaching methods improved academic achievement and attitudes of all students, including girls, towards science -  including physical science. "


Which actors would you choose to play in your movie rendition?


Actually, I would see this more a s a reality TV show; maybe a new feature on HGTV Kids.

Who is publishing your book?

The Fort on Fourth Street will come out this fall from Sylvan Dell Publishing.

How long did it take you to put together the first round of sketches?

It took me a while to crack this one. I finally decided to make it almost like a journal kept by the protagonist. I also had to get together model reference both human and feline.

One of my husband's friends who is a real model builder (he builds prototypes for toys and also used to work at Hasbro) allowed me to take pictures of him working in his shop and posed as Grandpa.


My most challenging model was my cat Miffy. For one image, I wanted to have her licking her paw. Troy suggested putting a little butter on it and then taking pictures.

Rather than licking off the butter, she looked at her paw in horror, limped off on three legs and hobbled upstarts to hide. I caught up with her and got some good pictures before her demeanor changed from frantic fur clean up to a disapproving glare. 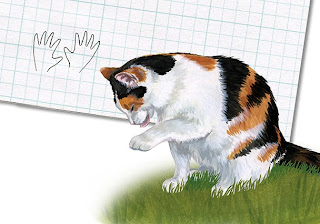 Finally, my friend Theresa's (also a great illustrator, check out her work!) daughter Gwen modeled for some of the illustrations. She has grown up through my books; first as a toddler in Do Dolphins Really Smile? Grosset and Dunlap/Penguin Young Readers

It is And to Think I Saw It on Mulberry Street by Dr. Seuss meets Curb Appeal by HGTV Books.

It is also a real maker book but for kids.


Who or what inspired you illustrating this book?

I love architecture and problem solving.
What else about the book might pique the reader's interest?

Not only does it educate about the 6 simple machines, it show the magic of making from blueprint to building. 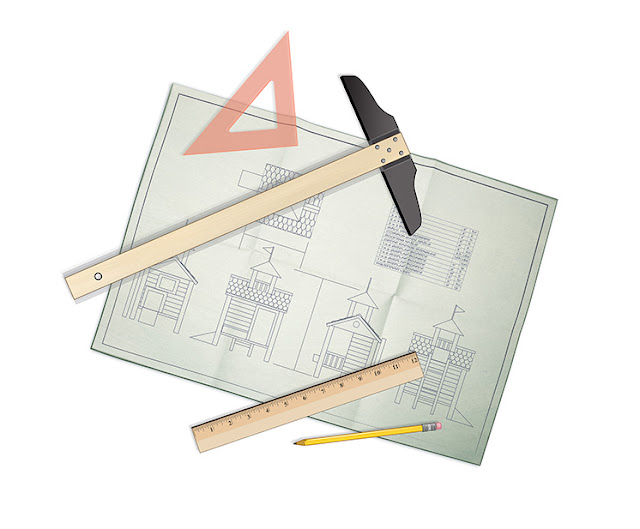 And what is next after the next big thing?

There is a lot in the works! I am just finishing illustrations for a book for Bloomsbury (details soon) and have another book for Sylvan Dell out in the spring. It is called A Cool Summer Tail (my first sequel!).

Also, Scotti Cohn and I have been working on a middle-grade book called Wordsworth and the Dragon. We just funded it on Indiegogo! (She wrote; I  illustrated) 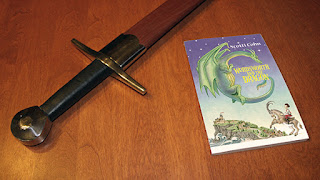 Now it's time for me to tag two more people! 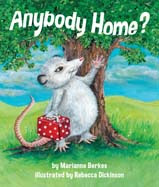 She will be discussing Anybody Home? Published by Sylvan Dell. 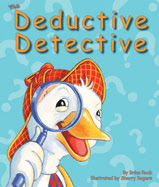 
http://brianrock.net/index.html
He will be discussing Deductive Detective published by Sylvan Dell.
Posted by Christina Wald at 7:10 AM No comments: