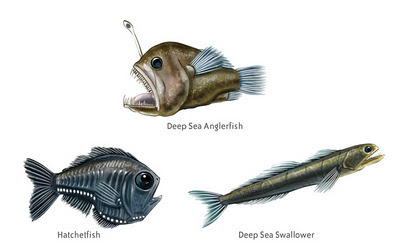 Here are some creepy fish stickers from a project for Scholastic Book Club several years ago. They seemed fitting...
Posted by Christina Wald at 12:45 PM No comments:

I wish I had gotten more photos. It was a great day.
Posted by Christina Wald at 1:23 PM No comments:

BBTB: A Working Pop Up! 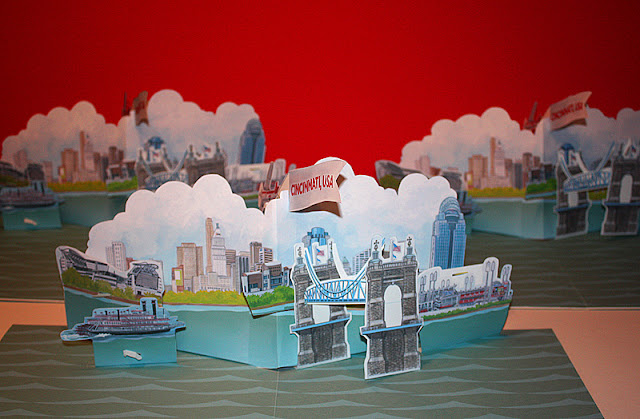 My dream of having a working pop-up has come to fruition thanks to excellent illustrator and paper engineer Jeff Ebbeler.

I made several mock-ups that will be at the Books by the Banks show Saturday based on the dies he created. Here is a video of his initial working mock up. It has a coolness level of 5!


By the way, I will be doing a panel with Andrea Cheng at 11:00am on Saturday. Hope to see you there!
Posted by Christina Wald at 9:35 AM No comments:

Email ThisBlogThis!Share to TwitterShare to FacebookShare to Pinterest
Labels: books by the banks, pop-ups, poster art 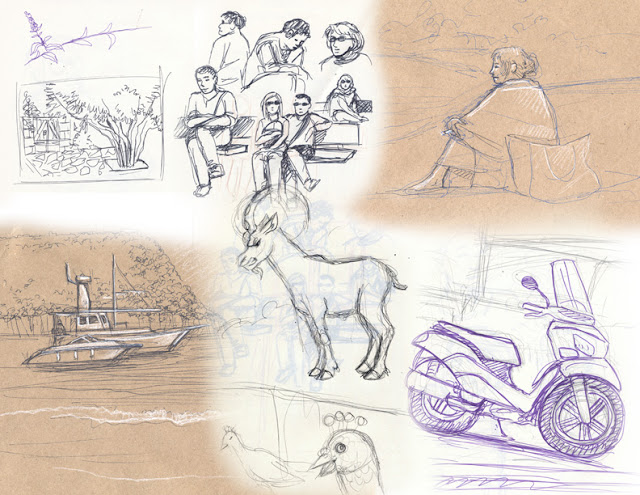 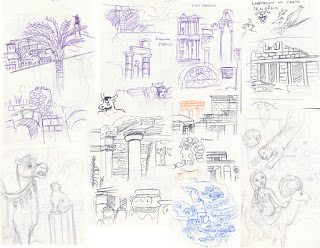 These are some of the images I doodled in my sketchbook during my trip to Greece... I just got a plein air easel set up so I hope to start painting outside here soon. I wanted to do a little painting there, but fear taking paints through customs.

There are some sites online where people post their urban sketching. I hope to get a lot of practice. I am not totally happy with the thin Moleskin paper. My last one had nice thick paper. I use ink a lot and you cannot draw on both sides.

Posted by Christina Wald at 9:40 AM No comments: 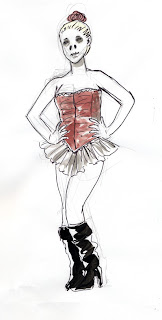 Sometimes when I am really swamped, getting out and doing a little sketching helps me work loosen up for better painting (and drawing). This month's theme was "Macabre". It was very entertaining. I wish I had taken video of a big scene they did with zombies and soldiers. 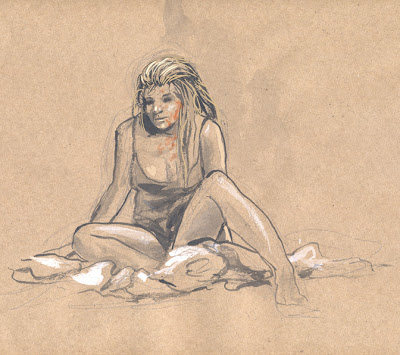 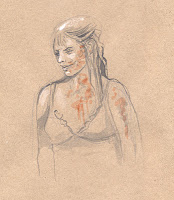 Posted by Christina Wald at 5:33 PM No comments:

The book trailer is now up on You Tube!

I am very excited about this book. Both the author Carole Gerber and I did a lot of research.

When I was first contacted by the publisher about the book, I was embarrassed that I had never heard of Annie Jump Cannon. As a kid, my favorite show was Cosmos and I wanted to be an astronomer when I grew up. I not only read a lot of Carl Sagan, but was a huge fane of science fiction as well. How had I never heard of her? 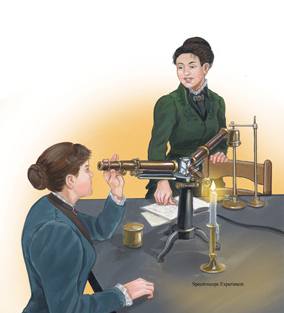 Somehow I ended up in illustration and industrial design, but maybe if I had known about her, I would have still pursued a career in science.

The era of science that she contributed to was an amazing time and it seems like she is lost in the shuffle of more popular scientists like Lowell, Hubble, Einstein, Tesla etc.

When you look at her accomplishments, it is amazing to think that women did not even have the right to vote for most of her life.

Illustrating the book was a challenge since varied pictures are not often paired with her information. It was like a scavenger hunt; figuring out what lab equipment to illustrate and how the classrooms would look or what they would wear, what her childhood house looked like... In addition, I did not want to simply replicate the few images of her that are available. I wanted to make them new and my own take of the scenes.

For Example, there is a famous scene showing Annie and her class with a bunch a lab equipment (http://www.wellesley.edu/Astronomy/Annie/Images/lab.gif) I had a really hard time figuring out what they were doing in the picture to make a dramatic scene from it. I asked several people who had actually taken (and taught) college physics to pinpoint what it was a picture of.

Finally, my cousin's husband who teaches engineering at Cooper Union in NYC put me in touch with a professor who said that his assessment was that they were not performing any experiment, it was a posed picture where the photographer just piled a bunch of equipment around them. So, we decided to go with the picture above where she is doing a spectroscope experiment.

The building at Wellesley was particularly hard to find since it burned down many years ago. 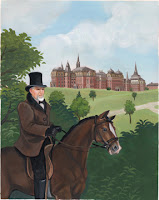 I even tried to reproduce the Harvard Observatory wallpaper. I could not find color reference, so had to wing it on that.

Fortunately, I got in contact with a person at Harvard who had made a documentary about Annie. He was able to give me a lot of information-including her eye and hair color. This may seem odd, but the only color images of her were when she was elderly and grey.

Anyway, the book is now out, and I hope people like the effort we put into it. It was a joy painting the life of Annie Jump Cannon!

By the way, a note on the trailer: Several sources said that Annie loved to play the piano. It seemed like Bach would be a perfect fit for a scientist. When I was young, I tried to learn this two part invention #13 myself, to varying degrees of success, mostly unsuccessfully. 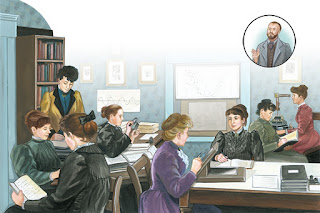 Posted by Christina Wald at 10:56 AM No comments:

Back in Town and New Book Cover! 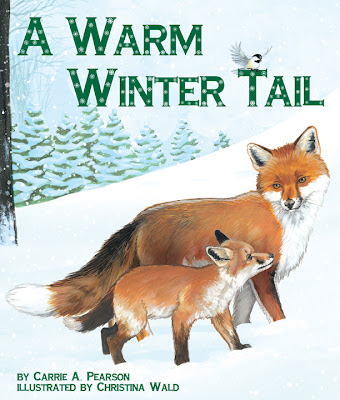 Just as I got back from vacation in Greece! While I sort out the pictures and get them uploaded to Flickr (including some urban sketches I did), here is a little post on the final cover design for my book coming out in Fall 2012...

It is a wrap around cover and below is the full composition. This one has a really cool concept. For those interested, here is the sketch 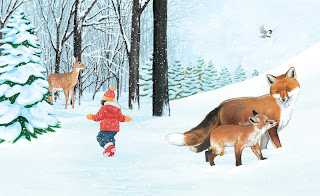 And finally, a touch of Santorini from my trip. 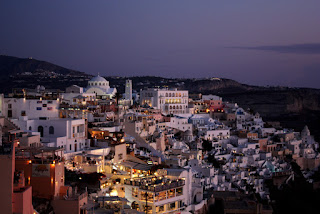 Posted by Christina Wald at 6:49 PM No comments: