Some Downton Abbey Fun and Maybe Not So Fun

As many know, I have been a huge Downton Abbey fan. So, of course, last night's episode was a disappointment. I fee like the writing since the first season has been uneven. There were many other ways to handle the "Matthew" situation:

-Matthew could have been kidnapped by aliens
-Sent to India
-Sent to the mad house
-Recast like Bewitched/Rosanne characters
-A Doctor Who solution... Cast David Tennant as Matthew!

-The grandkids, a little older, are given puppies and/or kittens as gifts from the Dowager. They are promptly killed off in a freak steamroller accident.

-Matthew will have an identical cousin; Edith will marry him. Mary will acquire more and more cats and live in a Grey Gardens situation.

-Hercule Poirot shows up and more main characters start to die in strangely unlikely ways. Who is the murderer?

By Marsha Varrow for Kew Gardens

The Train Rolls On to the North Poll

My Patreon! I am making more books, art, and a podcast! 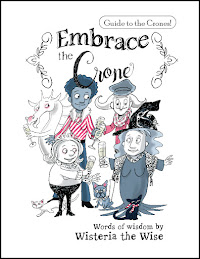