A little doodle I did while waiting for my car. I love this craft paper pad I got at Smartfish in Over-the Rhine. It is a little iffy with a lot of watercolor though.

Last Saturday I was at Bat Fest at the Cincinnati Museum Center. It was a wonderful time. I read Little Red Bat and did art demos.

A lot of people stopped by with questions and the Museum has an actual red bat! (Her name is Ginger.)

Anyway, I will be in Wooster, OH this Saturday for the Buckeye Book Fair. Hope to see you there!

Also, a photo a friend took of me signing the Possum book at Books by the Banks!


Posted by Christina Wald at 8:35 PM No comments:

Email ThisBlogThis!Share to TwitterShare to FacebookShare to Pinterest
Labels: art demos, Bat Fest, books by the banks, Cincinnati Museum Center, sketches, why the possum has a large grin


Vanessa and I took a walk to sketch fall color at Spring Grove Cemetery Monday. It was a beautiful day and the light was that partly cloudy mysterious feel.

Above is a wooded path the looks like it goes to a strange land of fantasy. One could even imagine a sprite or two there...

Johnette talks about the book and her new CD where she reads the book. So if you get the book here, you can order the CD here.

Email ThisBlogThis!Share to TwitterShare to FacebookShare to Pinterest
Labels: johnette downing, music, reading rocks, tv interviews, why the possum has a large grin

Books By the Banks and and the 20th Century Theater

Books by the Banks was great this year. I met a lot of people and had a great location. Book sales were very good. A Warm Winter Tail sold out almost instantly lots of Why the Possum has a Large Grin takers and we sold a fair amount of the others too! They had four of my titles there.

I was lousy at taking pictures this year which is too bad. A lot of great illustrators (and authors) were there. I was at my own table which made it harder to skip out for a few moments. I did briefly meet Mac Barnett and got a couple Brixton Brothers books for my nephew. I also got Chloe and the Lion for my personal collection. Both are illustrated by Adam Rex, an amazing and generous illustrator (and a great help when I was getting started in children's book illustration). I met him years ago in the 90s when we were both doing illustrations for role-playing games during the CCG craze. He has produced an amazing body of work since then and has a book written by the equally amazing Neil Gaiman called Chu's Day out in January.

Anyway, a couple pictures I managed to take. In the Platonic context, they are the shadows on the wall compared to the true event...

Email ThisBlogThis!Share to TwitterShare to FacebookShare to Pinterest
Labels: a warm winter tail, adam rex, books by the banks, mac barnett, the philosophy of Plato, why the possum has a large grin

Books By the Banks!

Books by the Banks is Saturday and I will be there this year with A Warm Winter Tail by Carrie Pearson and Why the Possum has a Large Grin by Johnette Downing.


There are a lot of great books, authors and illustrators attending this year, it is great place for holiday shopping!

I am in the process of setting up other signings too, so stay tuned.

In the meantime, here is a coloring page I did for the possum book. Feel free to Share and Enjoy! 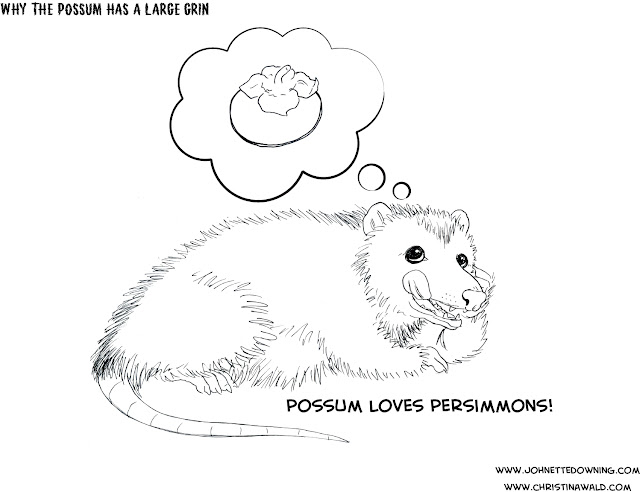 Posted by Christina Wald at 10:34 AM No comments:

Email ThisBlogThis!Share to TwitterShare to FacebookShare to Pinterest
Labels: a warm winter tail, books by the banks, carrie Pearson, coloring sheet, johnette downing, why the possum has a large grin

Sylvan Dell Has an App!

One of the things I LOVE about Sylvan Dell, is how they embrace technology.

They now have an app available with the books I illustrated for them! So cool!

We are very excited to announce the launch of our

Posted by Christina Wald at 8:44 PM No comments: 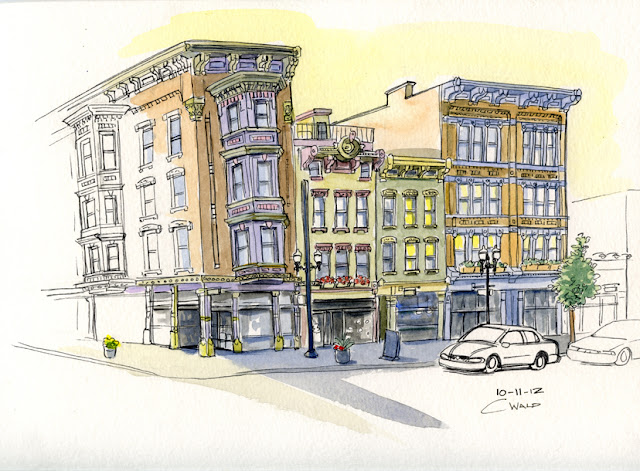 I ended up early downtown for my Painting the Figure class with Gil Born at the Art Academy Thursday and had a bit of time to sketch. (I had to pick up my husband Troy from the very sad Reds playoff game and the traffic was crazy so there was not time to take him home before class started so I was dropped off.)

I love the restoration they have done with that whole area and am obsessed with how lovely the architecture is.  It was the perfect time of day too when the sky is golden.

I got some odd looks as I sat on the sidewalk across the street and sketched. I need some sort of little chair or sit-upon for these occasions.

Posted by Christina Wald at 12:30 PM No comments:

It was such a nice day on Saturday that I stopped by Findlay Market to sketch. I also did a little shopping for apples and stuffed pork chops from Kroger Bros. But of course I always stop for a little gelato. Dojo Gelato has some great flavors. I got a mix of Maple Cream Cheese and Pumpkin.

It was very weird to open the Cincinnati Enquirer Sunday and see their photo of the market from almost the same vantage point. I suppose it is the best angle and there is seating there. It was very serendipitous. Although, I doubt this is a situation like the TV show Heroes where a character was drawing the future. If  I start sketching natural disasters however, watch out! It could be a total Cassandra situation.

Anyway, here is a doodle I did while waiting for my computer to restart. Thank goodness I am upgrading! 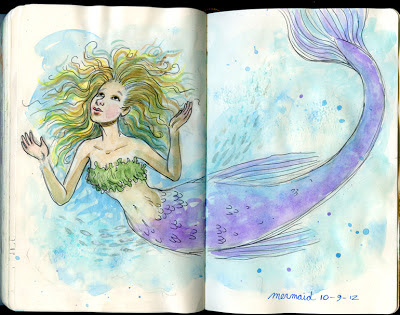 Posted by Christina Wald at 3:37 PM No comments:

Spring Grove, A Lake in Kentucky and A New Blog 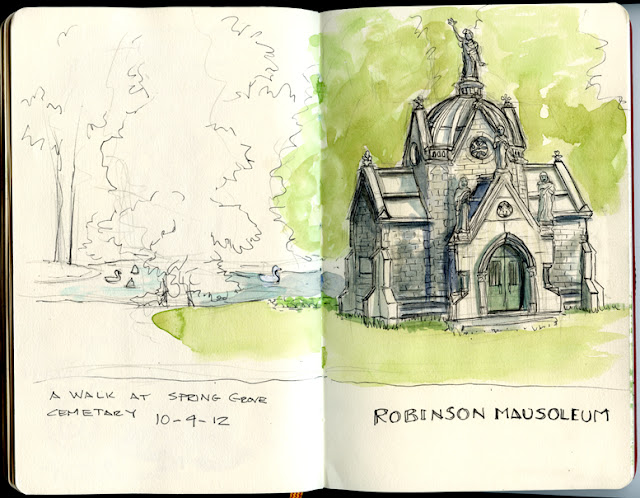 Yesterday I went with Vanessa Sorensen for a little walk at Spring Grove and some sketching. It is so beautiful there.

It is interesting because I did not know that Spring Grove was constructed in the 1830s after a Cholera epidemic and the overcrowding of little church cemeteries was unsightly.

This is the Robinson Mausoleum. I found out after that it was built in 1874 for $35,000. The Robinson family owned Robinson’s Circus from 1824 to 1916 when they sold it to the American Circus which later merged with Ringling Brothers. The place is cram-packed with these historical goodies.

I forgot to post a couple weeks ago this sketch of the dock at my in-laws at Lake Barkley in Kentucky. It was a great place to view birds. I saw herons, a turkey vulture,and many others.


Finally, I just started a new blog. It is meant to be a place where I develop children's stories. First off is Francis Tales. I did a dummy a few years ago. This is a new iteration of that to start, but it will be a home for stories, experiments and little nugget ideas. Stop by and say hi: http://christinawaldtales.blogspot.com/ 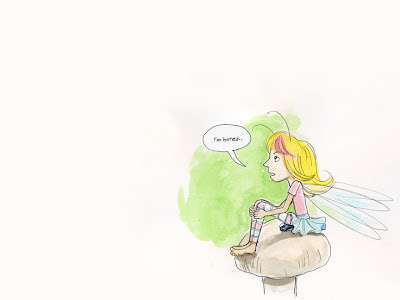 Carrie Pearson is doing a blog tour for A Warm Winter Tail:

Here is the schedule:

Posted by Christina Wald at 10:51 AM No comments:

Check out Paws, Hoofs, and Wings, the book I illustrated for the San Diego Zoo 2016 Centennial written by Shari Lyon!